This day's emotions weren't limited to Miami, though. On the other side of the Atlantic Ocean, chance had it that another major event was about to take place: the first 2020 season match of the Portuguese American Football League, opposing the Crusaders against the Lumberjacks at the Fontaínhas field, in Lisbon. Grupo Bimbo didn't miss the chance to be a part of all the excitement and, with a little help from Move Sports, created the Donuts Bowl. You could say that it all came full circle: in a country most famous for its passion for football, we had an American Football match on the same day as the Super Bowl, with the quintessential American pastry as the sponsor. Now that's a celebration!

A rivalry that spans from the beginning of times 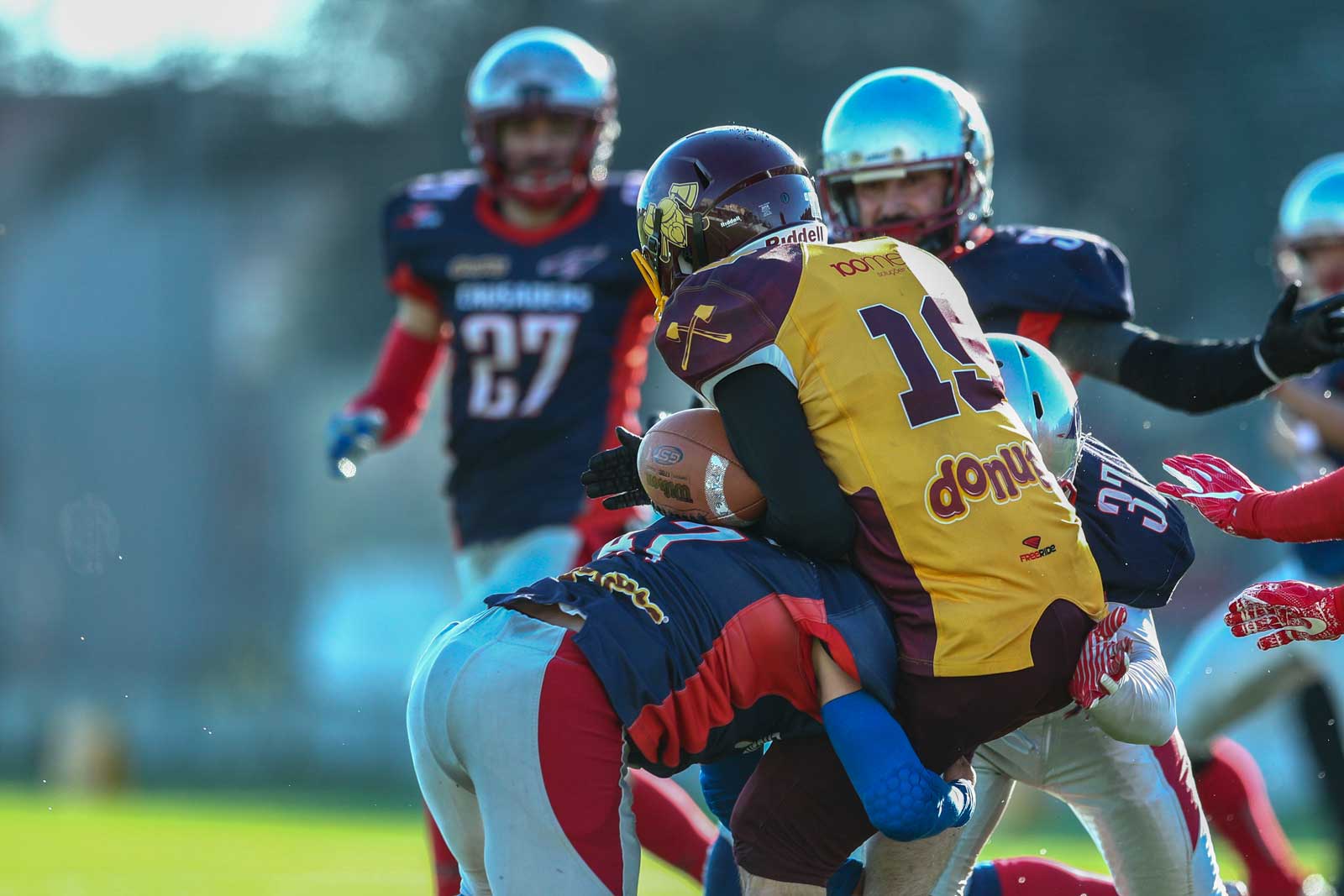 That being said, the anticipation for this year's battle on the field was enormous. Both teams had to rise up to the challenge and they gave everything they could to beat the opposition. The match was very lively and dynamic, a true crowd pleaser! At the end of the second period, the Crusaders were ahead 21-6.

Half-time frenzy: everyone gets a Donuts!

At half-time, as the players from both teams had a well-deserved rest and went through the tactics for the second half, Donuts and Move Sports teams took over the field and presented the fans with a fun, interactive moment: as Shakira and Jennifer Lopez were booked, we got the most daring spectators to have a try at the sport, attempting to get the ball through... a Donuts-shaped goal! At the same time, we made sure everyone in the stalls had a bite of the delicious treat, so we handed out pastries Oprah-style: "You get a Donuts, you get a Donuts, everyone gets a Donuts!"

Soon the teams came back on the field for the second half, with the Lumberjacks pressing hard to turn around the 15 points disadvantage at half-time. Despite their best efforts, the Crusaders managed to control the match events and had one further touchdown, setting the final score at an expressive 41-6. 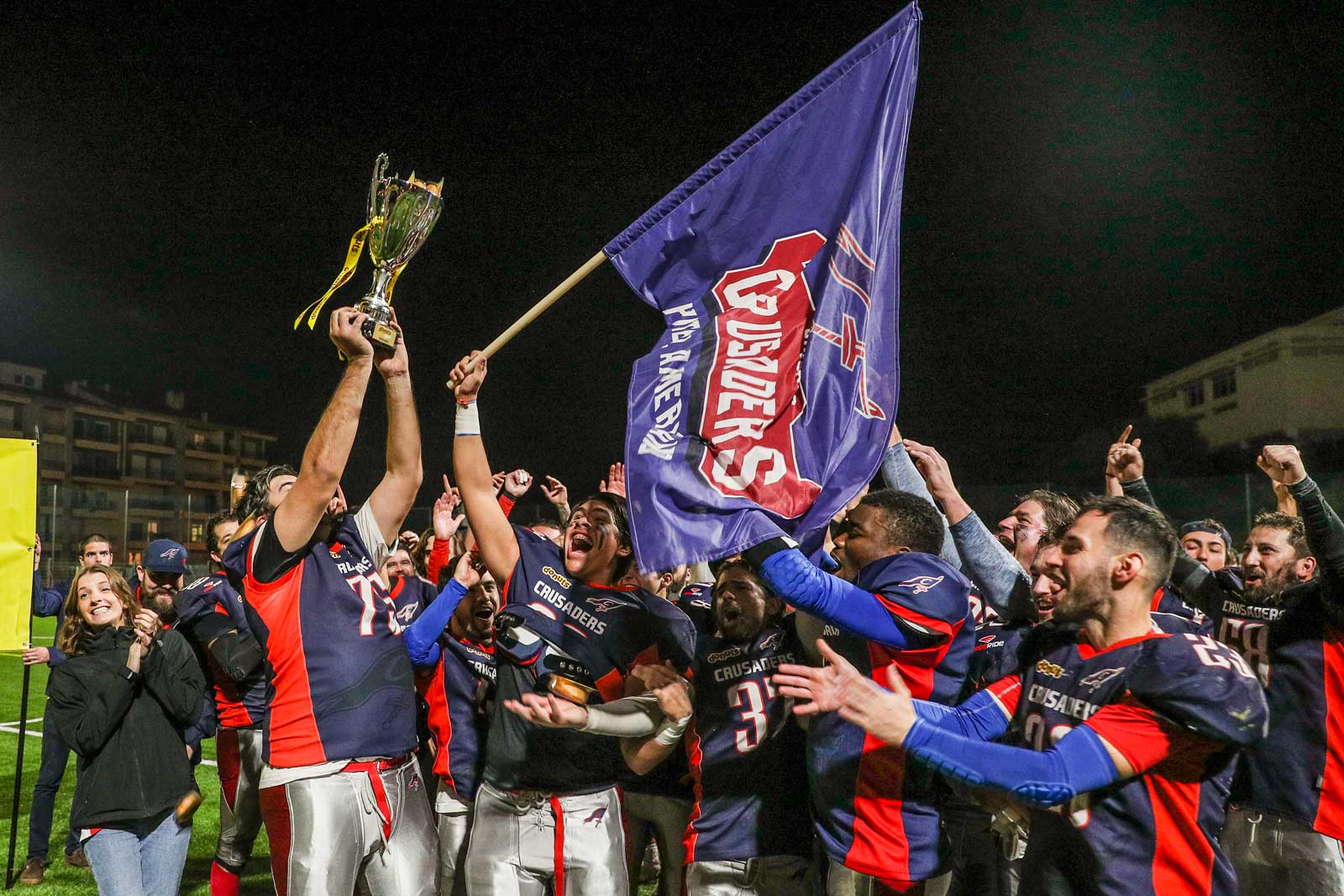 For Donuts and Move Sports, the event went above and beyond expectations: it was a great match, a fantastic show of sportsmanship on the field and a party at the stalls. Congratulations to the Crusaders and thanks to everyone who came to the Fontaínhas field to support the teams!