Despite the pandemic and after several postponements, the group stage's fifth and final round of the 2020 Rugby Europe Championship is coming this Sunday, February 7, when Portugal face Spain in a decisive clash.

The groups' first place has already been decided: Georgia won 4 out of 4 games matches. Portugal and Spain are tied for second place with 9 points. Up until this moment, Portugal won two matches against Belgium (23-17) and Romania (22 - 11) and lost to others to Russia (19 - 18) and Georgia (24-39). A win in this match is, therefore, crucial for both Portugal and Spain and the final group classification. The Iberian clash between Lobos and Los Leones will take place at the Complutense University's Central Field, in Madrid, with no audience. Fans will be able to follow every play beginning at 11h45 (GMT) on Rugby TV.

Following this competition, the Rugby Europe Championship 2021 is starting on March 6 & 7. The 2021 edition is the first step in the European region qualification process for the Rugby World Cup 2023. 2021 and 2022 Rugby Europe Championships offer two direct qualification places for the top two teams. Portugal dreams of returning to the World Cup, so all fans are anxious to see the team rise up to challenge!

The magic and enthusiasm brought about by matches between neighbouring countries always make the fans shiver with excitement: Portugal and Spain are no exception and the rivalry extends to many sports. Here are some recent wins and losses:

The Six Nations rugby championship is back! The men's tournament starts this coming Saturday, February 6. England is the defending champion and its first game is against Scotland, following the opening match opposing Italy and France. After the 2020 edition got suspended and later restarted because of the COVID-19 pandemic, rugby fans all over the world have their fingers crossed, hoping for a smooth 2021 tournament.

Meanwhile, the 2021 Women's Six Nations was delayed, with organisers now targeting April for the competition to begin.

You and your team can have amazing international rugby matches as well. Take a look at our own Portugal Rugby Youth Festival and sign up for the tournament of a lifetime! 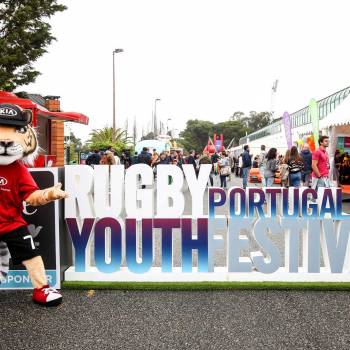 Portugal Rugby Youth Festival is back, and back in person!
Move Sports