After being banned for more than a month, Surf returned on December 15 to Praia do Norte, Nazaré, one of the best-known places in Portugal and the world to practice it.

Famous for the giant waves originating in the area known as "Nazaré's Cannon", Praia do Norte is now open to surf practitioners on weekdays until 13h00. The aforementioned beach had been banned on November 4 by health authorities, after a large gathering of people took place on October 29 to witness Free Surf and Tow-in Surf activity.

Therefore, surfers on the Nazaré Tow-in Surfing Challenge - a World Surf League (WSL) event - had been waiting for the ban lift to get back to... waiting for the giant waves. This World Circuit competition is dependent on these exceptional and rare wave conditions, which is why it lasts four months: from November until March 31, 2021. WLS has already admitted that the event may occur without an audience.

Given the COVID-19 pandemic, and after the sport was banned for some time, the priority was to establish what "individual surfing" is and to define security measures to make for the return of classes and events.

The importance of surfing in Portugal

Currently, surfing is a global economic engine worth billions of euros per year. Today, Surf is a sport recognized all over the world: it's an Olympic sport and also a lifestyle. Portugal, a country umbilically linked to the sea, with an 800 km coastline, is host to an increasing number of fans and practitioners. Over the years, more and better conditions for nationals and foreigners to enjoy this sport to the fullest have been accrued.

Some of the most significant events on the World Circuit are held on national territory. The country is the European headquarters for the World Surf League and seaside towns like Nazaré, Peniche, Ericeira or Torres Vedras represent world-class spots for the sport. But Surf is also present in other regions, such as Algarve, Azores or Figueira da Foz.

Surf tourism is also creating jobs, pushing for the industry's development, and attracting investment. Peniche, upon the completion of the World Surf stage in 2009, and Ericeira, where in 2011 the first European World Surf Reserve was created, are good examples. In 2017 alone, the number of companies linked to Surf doubled.

Portugal is the third most important world surfing destination and number one in Europe. The country hosts such events as the World Surfing Circuit since 2009, in Peniche. In 2021, this town will host the World Circuit's second (and only European) stage on February 18-28, subject to change given the pandemic.

Despite the health restrictions, Portugal remained a privileged destination for World Circuit in 2020 and should continue to be so in the foreseeable future.

Government authorities have supported this pillar of sports and tourism, highlighting Portugal as the best destination not only for surfing but also for living and studying. Portugal has also distinguished itself as a sustainable destination.

More so than ever, 2021 presents an excellent opportunity for you to schedule a visit to Portugal and a wonderful chance to have an unforgettable sporting holiday as a surf lover, combining sports, tourism and fun.

The return to Praia do Norte is essential for the Surf community in Portugal. As we collectively learn how to deal with COVID-19 and as we design health and safety measures to cope with the needs of different activities, so will Surf comeback, starting with individual practice and rapidly expanding to schools, clubs, events and the entire economy that revolves around these. 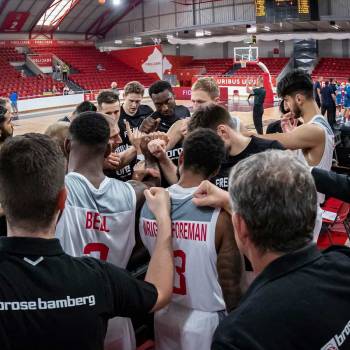