Move Sports 2021 in review: back to life, back to sports!

2021 was a very challenging year. The COVID-19 pandemic made life difficult for everyone, in every possible way, and sports was no exception. But we at Move Sports don't ever stop or waver at a challenge! If anything, our resolve grew stronger and our undying love for sports grew deeper. Despite the hardships, we managed to put on bespoke amazing sports tours and training camps for our clients, organise team-building corporate events, and deliver on large scale tournaments and special events. Read on to recap some of the year's highlights.

Back in September, we received the veterans' Exiles London Rugby team for a rugby tour. The 21 participants played two friendly matches against Agronomia and Lawbsters. There was still time to go wine tasting in Torres Vedras, not far away from Lisbon. It was a great tour! The only hardship was to convince the Exiles team members to catch the plane back home… 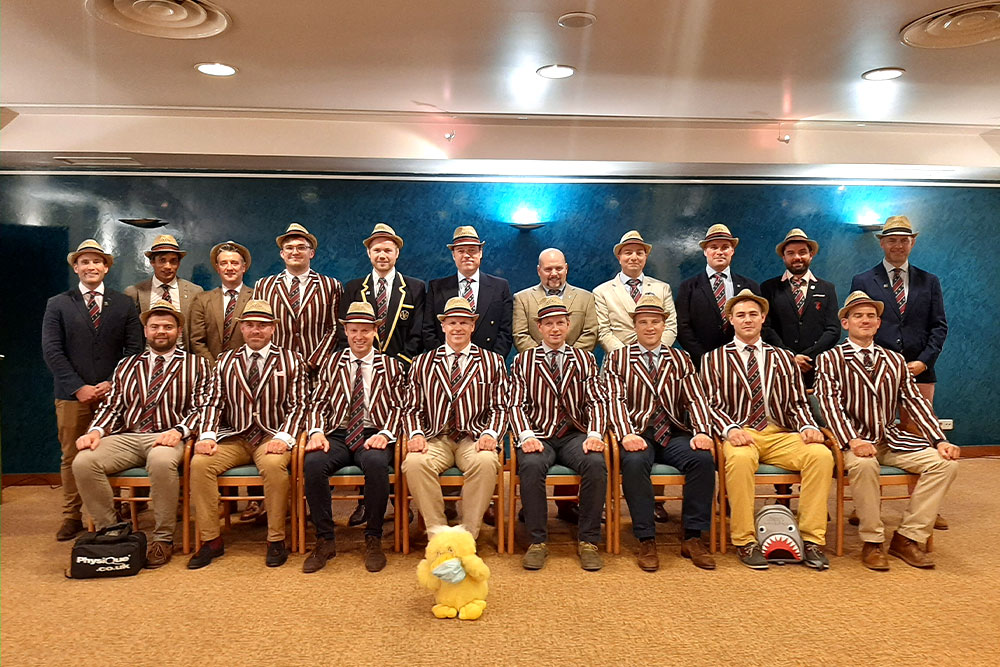 Another team that turned to Move Sports for a rugby tour was Brazilian all-girls team Melina. They spent almost two weeks with us in November, playing friendly matches with the Coimbra regional team and the Portuguese national team. The visiting team won both games: wow! Congrats!

The girls took the opportunity to get to know our country a bit better, having toured Lisbon and its world-class oceanarium, and the beautiful cities of Coimbra, Aveiro, Nazaré and Santarém. The result: big smiles on everyone’s faces! 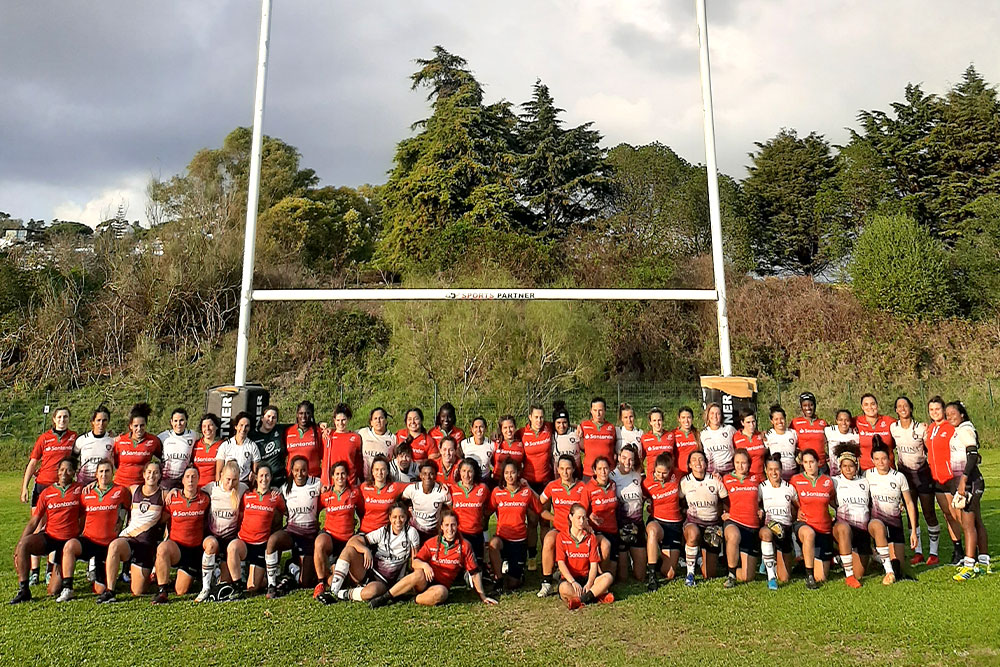 We do love rugby and rugby players (more on that later), but we're no strangers to every other sport! That's why, in October, we hosted the Swedish Impulsive Group Padel team at Quinta da Marinha, Cascais, for a three-day training camp that ended with a farewell fine dining experience. Still in October, the Danish GTI Swim team trusted us with their training camp in Porto. From October 15 to 25, the 17-person swim team had twice-daily training and weight lifting sessions at top facilities, and still found the time to take a crack at surfing lessons! 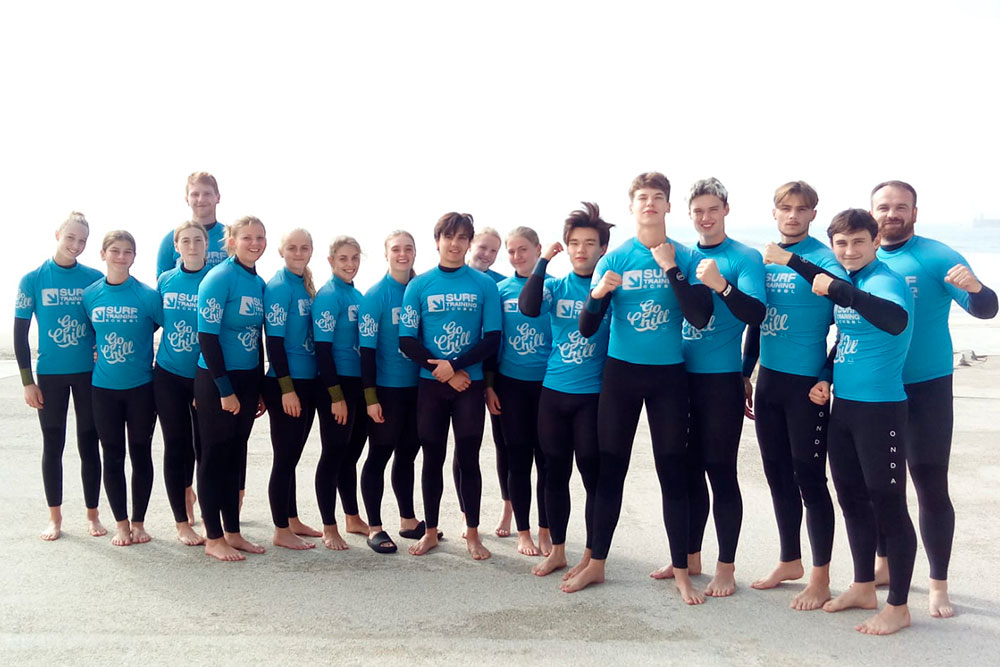 We're experts at organising bespoke sports tours and training camps for amateur and pro teams of all sports. Your team can be the next to experience this: get in touch and start packing your bags!

Corporate events: infusing companies with the spirit of sports

At Move Sports, we bring value to all kinds of companies and organisations by focusing on core sports values such as discipline, courage, resilience, leadership and planning.

Building team spirit within your organisation is paramount, even more now that the pandemic has thrown many companies into mandatory remote working. That's why French company Livestorm turned to us to for a team-building experience around Yoga and HIIT (High Intensity Interval Training) involving 30 remote workers. The scenario for this was a wonderful rooftop in Lisbon, taking advantage of the city's mild autumn weather. 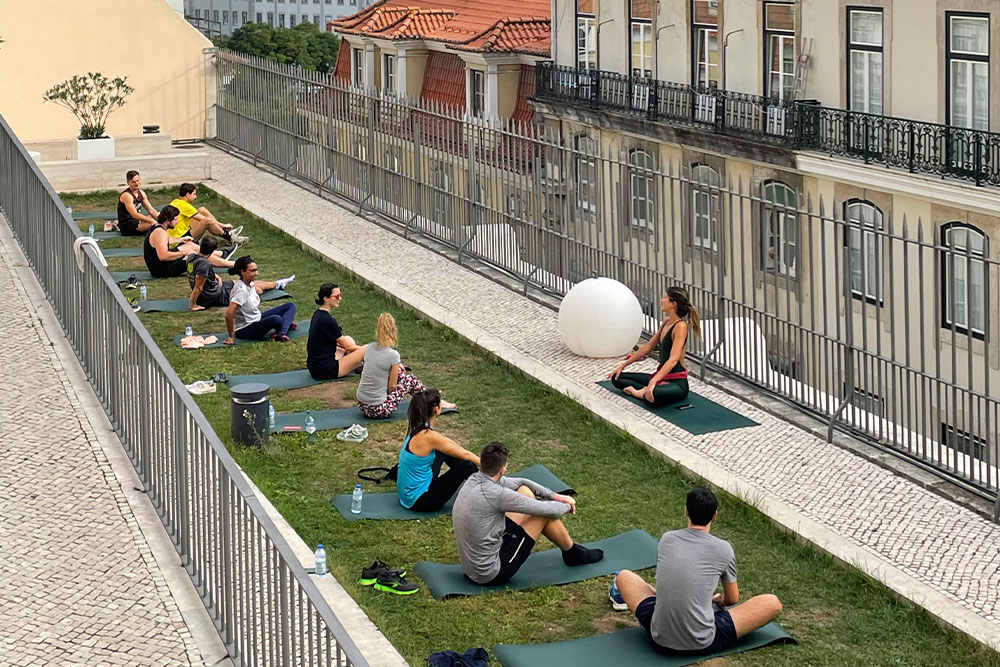 Move Sports plans and organises sports experiences and events for companies of all sizes. In 2022, give your team the gift of a sports team-building experience: contact us today!

Back to sports, back to tournaments

The spirit of sports is invincible! In 2021, and observing all health and safety measures, we were able to put on three major tournaments around basketball and rugby.

The first edition of the Lisbon Basketball Youth Cup took place on June 27 at the Henrique Miranda Pavilion in the outskirts of Lisbon. Over 100 young athletes from U14, U16, and U18 boys and girls teams played their best basketball in exciting matches full of grit, skill, and loads of fun! Read all about it here.

We're already preparing the 2022 edition. Save the date: June 25 & 26, 2022. Registrations are open now: head on to the Lisbon Basketball Youth Cup webpage, learn about our bespoke team packages and sign up your team for the 2022 edition! 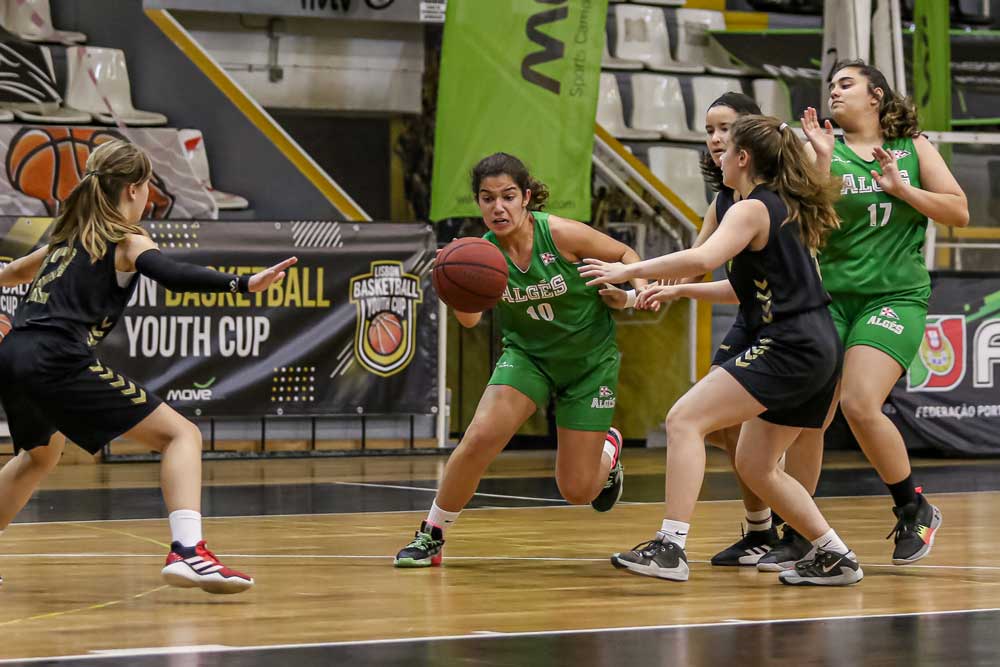 Circling back to rugby, in October we had the 13th edition of our Portugal Rugby Youth Festival, played in five fields at the Lisbon University Stadium. For António Cunha, Move Sports' CEO and the event's director, "this was a very important edition of PRYF, which we have been organising for 13 consecutive years. Having a full-fledged PRYF is very positive for Portuguese rugby and paves the way for the return of all international teams in 2022, which presence contributes decisively to raising the level of our rugby and giving valuable international experience to our young players".

In 2022, the 14th edition of the Portugal Rugby Youth Festival will resume its usual spring break schedule: the tournament will take place on April 9 & 10, in Lisbon.

Later in November, with the support of the Portuguese Rugby Federation, we hosted the first-ever stage of a new world rugby 10s league. The Rugby Tens Championship (R10C) was launched at the Lisbon University Stadium with 120 pro athletes and 120 academy athletes, led by 64 international coaches.

R10C is a very special tournament in that it features both men's and women's competitions. Most importantly, there is equal pay and awards for both genders. This is the first competitive rugby championship in the world to feature total gender equality: from the financial aspect to the competition format, dates and match venues.

For Thierry Daupin, co-founder of R10C, "Move Sports was instrumental in bringing this event to Lisbon. Its experience in logistics, operations and event organization made us confident that Lisbon and Portugal are the ideal locations for this launch event. Its operational skills were the main drivers of our decision to host this year's event in Portugal".

To end the year in beauty, Move Sports joined forces with the World Youth Day Lisbon 2023 organisation and put on the WYD Global Race, a global-scale race that took place November 21-30.

The WYD Global Race was a first-of-its-kind digital race. Each of the almost 2000 athletes ran in his or her own context, with their times and distances recorded on a global platform allowing for participation and competition between everyone, regardless of geography. The funds collected, both through the registration fees and race sponsorships, will be used for the preparation and realization of WYD Lisbon 2023.

World Youth Day (WYD), a meeting of young people from all over the world with the Pope, was instituted by John Paul II in 1985, and since then it has emerged as a moment of meeting and sharing for millions of people worldwide.

We wish all sports lovers a very special and happy new year! 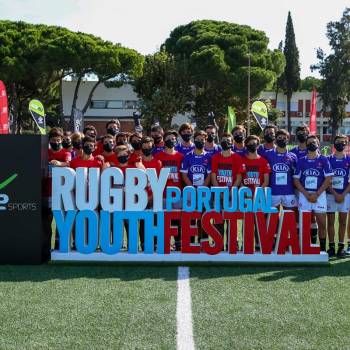