The example of canoeing

Portugal came out of the European Canoeing Championships in Poland with four medals in six finals out of seven events in which the country participated at Poznan.

Fernando Pimenta's took the bronze in K1 5 000 m. Compared to five years ago, when he went to Rio'2016 as the favourite and ended up in fifth place, Pimenta assumed that today he feels "psychologically stronger" while acknowledging that his rivals are also more powerful. "It's going to be an exciting fight," he stated.

Despite the significant results, the country showed up with a reduced team for this European Championship, limited to those athletes selected for Tokyo 2020. Others preferred waiving this event to better prepare for Tokyo 2020, such as Teresa Portela (K1 200) and Joana Vasconcelos (K1 500).

In addition to three bronzes and several other outstanding results, several young athletes won more than a dozen B finals. A dozen paddlers fought for a place in Paris 2024 unsuccessful, with two crews a position away from achieving the goal.

When it comes to para-canoeing, Portugal got second place in KL1 by Alex Santos. The Portuguese adapted canoeing, which will make its debut at the Paralympic Games, also got a VL2, by Norberto Mourão, who came out of the World Cup with a silver medal.

The pandemic really messed up athletes' training regimes. Many resorted to home gyms and training on terraces, parks or garages. Of course, you can't do that when it comes to canoeing! That's why Joana Vasconcelos and the duo Marco Apura and Bruno Afonso completed a two-week internship at the Maranhão dam reservoir, in Portalegre, south of Portugal. They had the opportunity to train with Fernando Pimenta (who is already qualified for Paris 2024) and other athletes. Let's hope the results of all this work will show up!

The Euro 2020 football cup, postponed a year due to the COVID-19 pandemic, kicked off last June 11. Turkey and Italy played the opening game in Rome. The final will take place at the mythic Wembley Stadium in London, July 11.

Portugal was drawn in Group F, together with Germany, France and Hungary. The national team won the 1st challenge 3-0 against Hungary, an excellent start in defending the title won five years ago, in Euro 2016.

Analysts consider the Portuguese team to be stronger today than five years ago but has already lost one player: João Cancelo had to be replaced, given that he tested positive for COVID-19, despite all players having been vaccinated last May.

COVID-19 vaccines work: they effectively prevent severe cases of the disease and lower the risk of transmission. "But even after the vaccination is complete, there is a small percentage of people who can become infected. The existing numbers indicate that this probability is minimal", explained virologist Pedro Simas.

The European Center for Disease Prevention and Control (ECDC) will monitor Euro 2020 football and release weekly reports on the state of the COVID-19 pandemic on the European continent during the tournament.

ECDC expects 460 000 fans at the stadiums hosting the 51 games to be played in 11 countries. Fans will only have access to the stands if they have already been vaccinated, tested negative, or have recovered from a COVID-19 infection in the past.

"I am sure that many in Europe are looking forward to this Euro 2020, wanting to support their teams in the stadiums. It is important to remember that the pandemic is not over yet. We must remain vigilant to any increase in infections. Therefore, ECDC will do its part by increasing epidemic intelligence activities before, during and after the tournament to keep everyone safe," explained ECDC President Andrea Ammon.

Tokyo 2020: The rules imposed by the pandemic

More than 80% of Olympic Village residents at the Tokyo 2020 Games, which kicks off on July 23, will be vaccinated against COVID-19 ahead of time, according to the International Olympic Committee (IOC). The competition was also postponed for a year and was in peril until recently. The Games will take place now, no matter what, but under stringent rules for both athletes and the press covering the event. The fans will have to settle for the live TV coverage.

Nevertheless, we are all confident that the Games will provide a much-needed spectacle for all sports lovers! 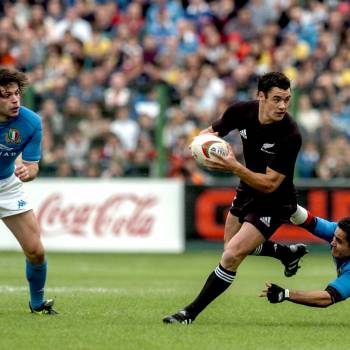