This painful absence is something that, as in all countries, affects the motivation and performance of athletes. It's detrimental to a population's spirit as it means losing one of the great sources of leisure and conviviality. As studied by sociology, the gathering around sporting goals is fundamental in the psychology of the masses, as it provides moments of healthy catharsis.

The first game: the Super Cup

At 33% of its maximum capacity (about 10,000 spectators), clubs' fans were the only ones allowed in the Estádio Nacional de Aveiro. At the entrance, fans had to show their digital vaccination certificate, proving they completed their vaccination, or a negative result in a PCR test within the previous 72 hours. Furthermore, fans also had their temperature measured at the entrance, and masks and physical distance were mandatory. The Portuguese Football League also mandated that all fans stay seated with two seats in between, even if they belonged to the same household, and they had to share personal data at the entrance so that there could be monitoring in case of a positive contact.

The 2021/22 professional soccer season kicked off with the first round of the League Cup, from July 23rd to 26th, while the I Liga and II Liga championships are scheduled to start on August 8th, a week after the Super Cup.

The return and the new rules

The government has once again allowed fans in the stadiums for the season now beginning, as long as they comply with the rules set by the Portuguese General-Directorate for Health (DGS).

Sporting events will have a 33% capacity in the stands and 50% in the official boxes. Fans are to be seated with two seats in between and will be mismatched row by row. Stewards are to ensure that fans remain seated.

Masking inside the stadiums will continue to be mandatory, and entry and exit will take place through separate locations. In addition, tickets sold for matches must be nominal, meaning that all spectators must be appropriately identified.

Our events and the end of restrictions

Given this scenario, Move Sports is delighted to announce that it is keeping with the scheduled autumn events in September and October:

Talk to us and come to Portugal to discover one of the safest and most exciting destinations in Europe! 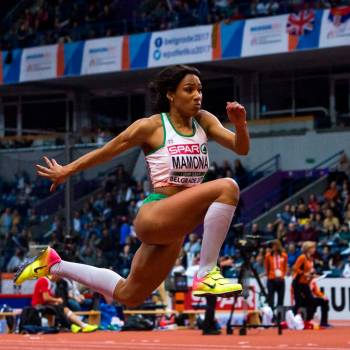