The Pure Joy of the Game

In those years when he was the King of all the pitches, the joy did return to the game.

We watched Ronaldinho Gaúcho for the free–kicks, for the long diagonal passes, for the sequence of dribbles in less than an inch of land. But above all, we watched him because his movements were a joyful football dance, and there was always a sunny smile on his face. In the 2004-05 and 2005-06 seasons, he took the world.

World champion with Brazil in 2002, already a star from his days at Grémio de Porto Alegre and Paris Saint-Germain, Ronaldinho was at Barcelona FC to put his name on the legends pantheon.  And he was not a disappointment, not at all. Always at the centre of the action on any game, with the kicks, with the passes, putting the opponents down with some magic dribble, he gave the Catalans “culés” the titles of Spanish and Europeans champions. The football world answered his game. Best player of the World and of Europe. Now, with 37 years old, Ronaldinho announced his farewell. It will take time to the return of pure joy to the game.

Ronaldinho at his best:

Click here to learn all about Ronaldinho total career stats. 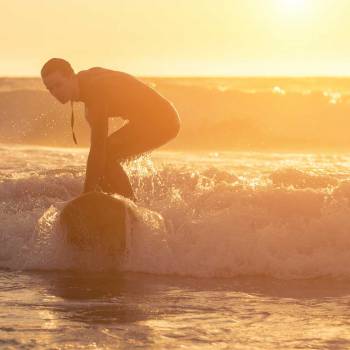 Start something new: the advantages of picking up a new sport
Move Sports